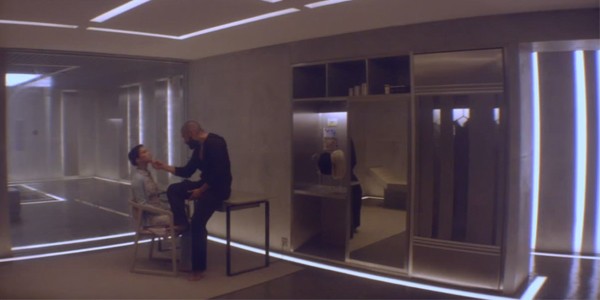 What is and is not considered horror in a traditional sense has become rapidly murky over the years. Unlike no other genre, you can blend others with it, creating horror-comedy or horror-fantasy, given that different things scare different people—you can make nontraditional settings feel natural. The popularity of horror-comedy, for example, comes about by how subjective both genres are when they’re separated from each other (such as Get Out, Scream, or Shaun of the Dead). Much like our own fears, what makes us laugh is just as personal and unique. I have always found Alex Garland’s debut Ex Machina equally as scary and disturbing as any orthodox horror movie.

James Whale’s Gothic horror classic Frankenstein focuses on Dr. Victor Frankenstein (Colin Clive) and his quest to reanimate a dead body. When he does so, the monster (Boris Karloff) is hostile and running loose to wreak havoc on a small village. Screenwriter Alex Garland’s (28 Days Later, Sunshine, Dredd) directorial debut follows Caleb (Domhnall Gleeson) as he is selected to visit the lavish estate of his boss Nathan (Oscar Issac). It is then revealed that Caleb is actually there to participate in a Turing Test, where he has to forget that he’s talking to a revolutionary form of artificial intelligence (Alicia Vikander).

Textually speaking, not many dots are connected between Frank Whale’s classic horror Frankenstein and Alex Garland’s modern classic Ex Machina. While the former is an almost vaudevillian, an expressionistic monster movie from the latter is asking questions about artificial intelligence with contemporary technology. There were connections made in reactions to Ex Machina during its release back in 2014, but Nathan (by extent Garland) never claims to intentionally replicate such a well-known piece of iconography. To me, the connections are too apparent to ignore, showing how well both stories fit into the time they were released—representing the need to create and the desire for something greater than ourselves. 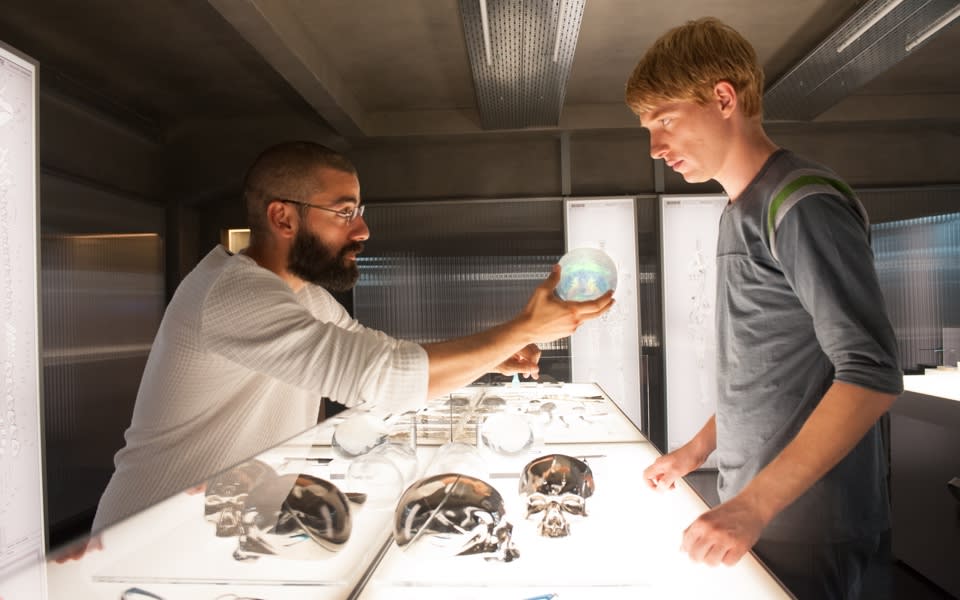 Nathan and Victor Frankenstein have a lot in common—they’re both brilliant men who have too much money and time on their hands, residing in solidarity to achieve a breakthrough in science. From a modern lens, Nathan seems to be much more complex and engaging than Victor was; Isaac plays him like an egotistical Elon Musk type of figure compared to Clive playing Henry like a classic mad scientist. We are already so conscious of the maniacal genius archetype that Garland plays around with this to reverse engineer expectations. Simultaneously, we are of the connection that Nathan has to Henry, their desire is a part of what brings fear.

In Frankenstein, Victor’s drive to reanimate the dead comes with effects that are much more barbaric and animalistic. His plan to form the monster is to gather various rotten body parts to assemble something new. The beast is constructed but clearly disfigured nonetheless, showing that Victor’s ambition got ahead of him. During the breakthrough in both films, one component that is highlighted is the brain—with Victor’s partner Fitz stealing it from Victor’s former professor and Nathan explaining to Caleb how Ava processes communication. In Ex Machina, Ava is never made to look like anything other than another human, which is how Nathan gets his confidence—this can work from Ava’s transcendence, from AI to humans in disguise. In Frankenstein, Boris Karloff plays the monster that is anything but human, almost like he is trying to understand the world around him.

Playing the role of God can also be connected through both Victor and Nathan’s actions. Both of them are cursed for their achievements, with Victor being attacked on his wedding day by the monster and Nathan with a slower demise: alcoholism. In fact, neither men are all that excited by the achievement, as they’re not gloating or celebrating. The monster is hideous and exudes primal behavior, and Ava is manipulative, becoming more human than AI. Neither project is entirely successful, but its focus was always geared towards the scientist themselves and how they set out to accomplish the unthinkable rather than if the creation can exist in society.

Specifically considering one vital scene from Frankenstein, the monster is on the loose when he encounters the daughter of one of the local farmers. She’s minding her own business, playing with flowers by the pond, and the monster is enamored by the game. He gets ahead of himself and throws the little girl into the pond, of course, unaware of his own strength. He tries to save her, but panics and flees the scene. What director James Whale does really well here is that he plays around with the lack of dramatized music or outstanding stylization—offering a raw portrayal of something truly unsettling surrounded by a film of tired cinematic tropes. It’s still scary now and even had to be edited down back when it was released, becoming less about the monster’s accidental violence and now giving him sympathy, comparable to the likes of Lennie from the novel and film Of Mice and Men.

It’s as if Garland took ideas from that scene described above and stretched it to the entirety of Ex Machina. Ava isn’t violent (at least for most of the film) but the sympathy towards the three characters stitches dramatically. Unlike the monster, Ava is considered to have self-awareness and free will, making her very accountable for her actions. Garland chooses to view her as the victim until the very end when she locks Caleb as Nathans’s office in attempts to cut off loose ends and revealing her motive to manipulate Caleb.

Evoking a similar response in 2014 as it would in 1931, in Ex Machina everything evolves—the effects, the philosophy, the consciousness of the creation, the scientist. But the core idea remains of how playing God can be too powerful for some to contain.