“We knew that the girls were really women in disguise, that they understood love, and even death, and that our job was merely to create the noise that seemed to fascinate them.”

Sofia Coppola’s directorial debut, The Virgin Suicides floats like a vigilant ghost across dreamy suburban Michigan, eternalizing the despondency of female adolescence. Walk backward into 1974, soak in the leafy neighborhood and meet the five doomed Lisbon sisters. Hide behind the eyes of the lovesick pubescent boys haunting the streets, ceaselessly struggling to fathom how their math teacher produced such “beautiful creatures”.

Cecilia Lisbon (Hanna Hall) is the first to go. The opening montage sees her moon face framed between clouds of pink, amidst an attempted bathtub wrist-slashing. A Virgin Mary prayer card slips from her pale fingertips, as she’s scooped up by two paramedics. After a carousel of inkblot tests and sympathetic glances, she leaps from her bedroom window and impales herself on the garden fence. 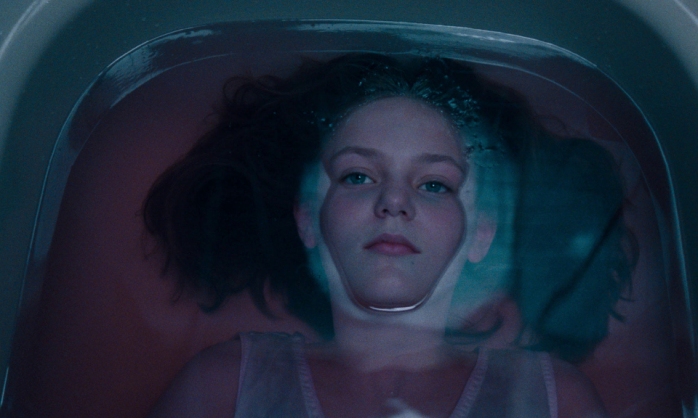 Yet, life starts over when it gets crisp in the fall and the vividness of Cecilia’s memory fades with the leaves. The change in seasons also welcomes stud muffin, Trip Fontaine (Josh Hartnett). His cyanide smile can melt any girl into an inarticulate pool of endorphins, yet he only has eyes for the “stone fox”; Lux Lisbon (Kirsten Dunst). By the evening of the school dance, Lux has been seduced into submission. Her aloof façade has shattered into tiny fragments of insecurity, indicated by her inking Trip’s name onto her underwear in black Sharpie, with a love-heart dotting the ‘I’. At dusk on the football field, dizzy with peach schnapps and thirsty for blood, Trip takes Lux’s virginity – before pulling a disappearing act and leaving her to wake-up alone in the bruised grass. 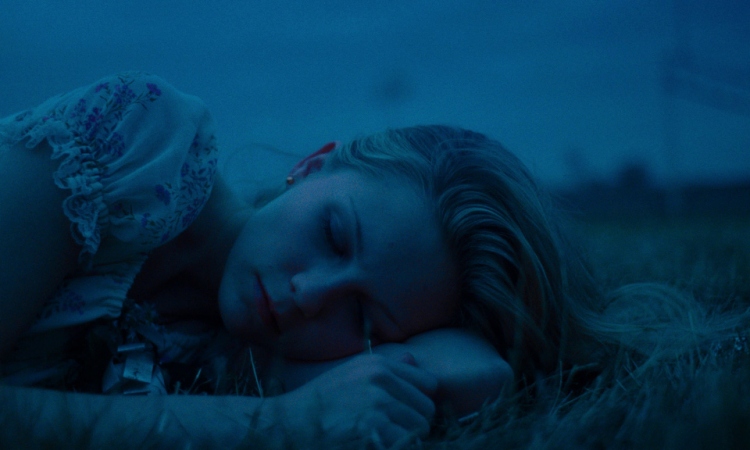 Amongst the kaleidoscope of themes in The Virgin Suicides, lies the epidemic of premature female adulthood, which remains a hot-topic twenty years later. Sofia Coppola artfully dissects the ramifications of society’s feverish tendency to throw girls to the wolves upon the discovery of the first drops of blood in their underwear.

The film itself is a tongue-in-cheek embodiment of the ‘male gaze’. The feminist theory, ‘male gaze’ coined by Laura Mulvey, refers to the phenomenon in the visual arts in which women are often positioned as sexual objects, in order to maximize male viewing pleasure. 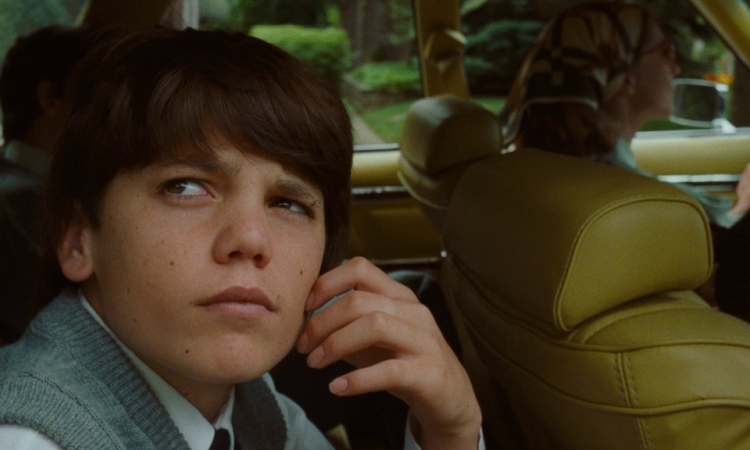 Coppola’s ironic use of fetishistic cinematography creates an icky viewing experience. The neighborhood boys stare at the Lisbon girls with open-mouthed adoration, like art aficionados in the Louvre. Unknowingly adding to the girls’ mosaic of psychological disturbance; whilst nurturing their own animalistic itches. Too young to truly understand the feeling in their groins, but old enough to recognize it swells when they catch a glimpse of an innocuous bra strap. On the other side of the continuum, lofty apathetic adults avert their eyes to the ubiquitous red-flags, such as Cecilia’s suicide, preferring to pat their pubescent sons’ heads rather than acknowledge the horrors blossoming in the Lisbon hothouse. 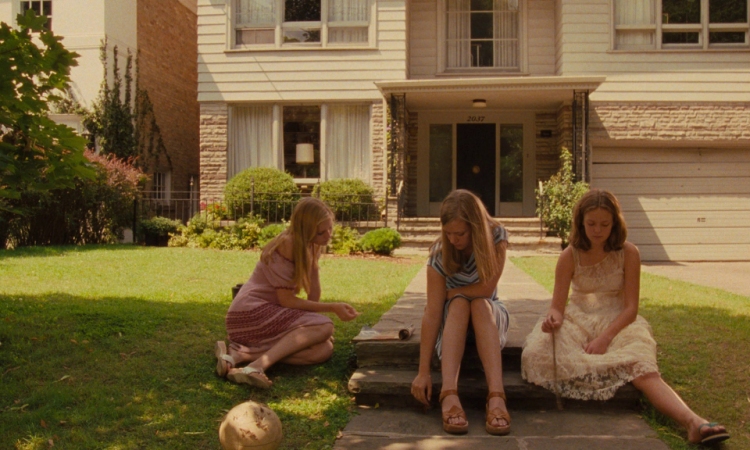 When the breathy whispers of budding sexuality condense in the warm air above the Lisbon’s picture book home, it hangs like a black smog. Their mother (Kathleen Turner) hysterically adds white cloth to the girls’ homecoming dresses until they resemble “four identical sacks”. While superficially her intentions appear pure, an innate manifestation of her motherly instincts, she inadvertently infects her daughters with her own parasitical shame and Catholic guilt. Subconsciously cementing the vicious cycle by imbuing her own fears into her daughters.

Trip must have seen his name tattooed into Lux’s underwear as he pushed her homecoming dress up to her waist, yet despite her unmistakable vulnerability, he disappears. Though, Trip isn’t a Machiavellian douche-bag. It isn’t malevolence that courses through his veins, but rather a dangerous blend of testosterone, alcohol and an ingrained refusal to see Lux as anything more than hot breath and perfect skin. He’s no big bad wolf, but he was likely once a scopophilic kid with a pair of binoculars, spying on girls and cultivating his own animal itch. Now fully-fledged, he’s bold enough to blow Lux’s delicate straw house to the ground.

You’ll see The Virgin Suicides through a prismatic lens: either rose-coloured nostalgia or the blue hue of identification.

5 thoughts on “THE VIRGIN SUICIDES: ‘Girls Are Just Women in Disguise’”